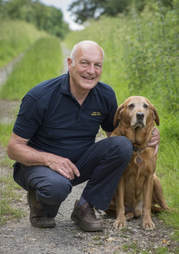 Rodney Slatford is the founding Chairman of the Yorke Trust. He enjoys an unparalleled reputation as a former double bass player and teacher. Touring the world extensively as a lecture-recitalist, he gave over 1000 performances. As a founder member of the Nash Ensemble of London he played with the ensemble for thirty years, recording and broadcasting all the mainstream chamber music with them. With the English Chamber Orchestra, as co-principal bassist for 10 years, he worked with most of the world’s great soloists of the day. He recorded one of the first solo discs by a British bass player, with the Academy of St. Martin-in-the-Fields, with whom he also played principal for some years. His mission to raise standards of double bass playing led to the world’s first Isle of Man International Double Bass Competition and Workshop in 1978 which he founded and directed.
From 1984-2001 Rodney was Head of the School of Strings at the Royal Northern College of Music in Manchester until he retired to Norfolk to devote more time to the Yorke Trust, gardening and walking his dogs. 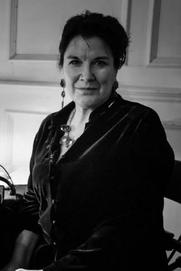 Jennifer comes from the far North of Scotland and studied singing at the Royal Northern College of Music Manchester. After graduating, she continued her vocal studies with Robert Alderson and subsequently joined Opera North.
Following this, she taught at the Royal College of Music London, then at the RNCM Department of Vocal and Opera Studies, latterly becoming a full-time Senior Lecturer. There she directed operas for the college, the most notable being Handel’s Tamerlano which won the prestigious Manchester Evening News Award and Mark Anthony Turnage’s Greek which has since been publicly acknowledged by the composer as his favourite reading of the piece. Other productions for the RNCM include James Macmillan’s Busqueda which, in association with the composer, was realised as a Stage Production. As a performer and director, she has also had the privilege of working with Gian Carlo Menotti and Hans Werner Henze.
Later she also joined the staff at the Royal Scottish Conservatoire in Glasgow, and was a vocal teacher in the Music Department at Manchester University. Since the inception of The Yorke Trust opera productions over twenty years ago, she has been artistic director of these  projects and has over directed twenty operas, including two special commissions.
In 2009 she became a full time member of the teaching staff at DIT Conservatory of Music and Drama in Dublin where she subsequently became Undergraduate Programme Coordinator and in 2015 - 16 Acting Head of Department of Vocal, Opera and Drama Studies. During that time, she developed the performance skill training in the college and in June 2017 returned to the UK to take up her current post of Head of Vocal Studies at Trinity Laban Conservatoire of Music and Dance at the Old Royal Naval College in Greenwich.
The Yorke Trust           |          UK Charitable Incorporated Organisation No. ​1158927          |           Phone: +44 1328 823501
Powered by